To share your memory on the wall of Frank Harris, sign in using one of the following options:

He was a member with the Hillsboro Hounds then the Ceder Knobs Hounds, a fox-hunting club.
Scotty is survived by his wife Anne Morris Harris, his sister Sara Nelson and his three daughters, their spouses and children: Elizabeth Harris Ouren (John), Frances Harris Tacy (Jeff), and Margaret Harris Russell (Craig) and three sons and their spouses and children: Mark Hanna Hays IV (Sarah), John Milburn Hays (Virginia), David Edward Hays (Robin). He also had 8 grandchildren: Zachary "Zach" Owen Tacy, William "Will" Harris Ouren, Margaret "Maggie" Ouren, Ramsey Scott Russell, Owen Edward Russell, William Philip Hays, Julian Pierce Hays, and Noah Andrew Hays.
In lieu of flowers, the family requests that contributions be made in his name to either St. George's Episcopal Church in Nashville, Tennessee or The University of the South in Sewanee.
London Funeral Home is in charge of arrangements.
Read Less

To send flowers to the family or plant a tree in memory of Frank Scott Harris, please visit our Heartfelt Sympathies Store.

Receive notifications about information and event scheduling for Frank

We encourage you to share your most beloved memories of Frank here, so that the family and other loved ones can always see it. You can upload cherished photographs, or share your favorite stories, and can even comment on those shared by others.

Posted Apr 17, 2017 at 12:00am
Please accept my heartfelt sympathy for the loss of your loved one, Scotty. May you find comfort in the words written at Acts 24:15, where God promises to bring back to life those we have lost in death by means of a resurrection. In the future He will also eliminate our enemy, death.(Isaiah 25:8) This gives us the wonderful hope of being reunited with our loved ones, forever. Until then, I hope the memories of Scotty and these promises from God comfort you in the days to come.
Comment Share
Share via:
AB

Posted Apr 17, 2017 at 12:00am
Scotty was such a thoughtful, kind, gentleman. I was so honored to have met him via Cedar Knob Hounds. My deepest sympathy to his family.
Comment Share
Share via:
CT

Posted Apr 16, 2017 at 12:00am
I am so sorry! Scotty was so gracious to me and my husband when we went out with Hillsboro Hounds. I feel privileged to have known him. Hugs to the family.
Comment Share
Share via:
AL 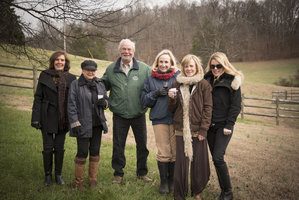 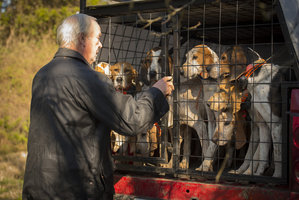