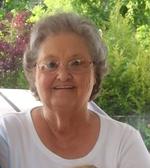 She was a native of Columbus, Ohio, the daughter of the late Wilbur Earl and Katie Kemplin Havens. She was a retired from Cosmolab and was a member of the First Church of the Nazarene.

In addition to her parents, she was preceded in death by a sister, Sharon Rice.

Funeral services will be conducted on Saturday, December 28th, 2019 at 1:00 pm from Chapel of London Funeral Home 324 West Church Street Lewisburg, Tennessee 37091 with burial to follow in Lone Oak Cemetery.