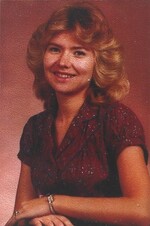 She was a native of Marshall County, the daughter of Billy Haislip and the late Jo Ellen Spivy Haislip. She was a mail carrier for the United States Post Office in Rutherford County during her working career.

She was preceded in death by her mother, Jo Ellen Spivy Haislip.

A private Graveside Service will be conducted on Friday, February 19th, 2021 with burial to follow in Medium Cemetery.

Visitation with the family will begin on Thursday, February 18th, 2021 from 5:00 pm until 7:00 pm in the Chapel of London Funeral Home, 324 West Church Street, Lewisburg, TN 37091. We ask everyone to follow the CDC Guidelines by social distancing and wearing a mask.