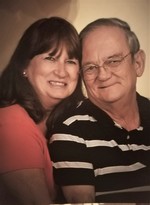 He was a native of Maury County, the son of the late Leslie and Esther Harvill.

In addition to his parents, he was preceded in death by sister Eula Mai Short.

Funeral services will be conducted on Saturday, January 4th, 2020 at 2:00 pm from the chapel of London Funeral Home 324 West Church Street Lewisburg, Tennessee 37091 with burial to follow in Polk Memorial.