To share your memory on the wall of Dennis McGee, sign in using one of the following options:

He was a native of Franklin County, the son of the late Robert and Rena Gifford McGee. He served his country in the Army while in Vietnam. He wa... Read More
Dennis Morgan McGee, age 69, of Lewisburg, died Monday, October 21st, 2019 at his residence.

He was a native of Franklin County, the son of the late Robert and Rena Gifford McGee. He served his country in the Army while in Vietnam. He was a Forklift Operator/Union President at Penske. He joined the Freemasons on August 10, 2004. He served as Worshipful Master for Dillahunty Lodge #112 for 2018 and 2019. He was also a member of the AlMenah Shrine in Nashville and was active of all bodies of Freemasonry.

In addition to his parents, he was preceded in death by one daughter, Lori Ann McGee, sisters, Billie Ruth and Ellen and brothers, Johnne, Donnie, Bob and Howard.
He is survived by three daughters, Lisa Kay Collins, and Melanie Denise McGee, both of Cameron, North Carolina, Morgan McGee of Fayetteville, two brothers, David of Cowan and Frank of Phoenix, AZ and ten grandchildren.

Funeral services will be conducted on Thursday, October 24th, 2019 at 1:00 pm from the chapel of London Funeral Home 324 West Church Street Lewisburg, Tennessee 37091 with burial to follow in Maxwell Cemetery in the Belvidere community.

Visitation with the family will begin on Wednesday, October 23th, 2019 from 4:00 pm until 6:00 pm and will continue until the funeral hour on Thursday.

To send flowers to the family or plant a tree in memory of Dennis Morgan McGee, please visit our Heartfelt Sympathies Store.

Receive notifications about information and event scheduling for Dennis

We encourage you to share your most beloved memories of Dennis here, so that the family and other loved ones can always see it. You can upload cherished photographs, or share your favorite stories, and can even comment on those shared by others.

Frank and Sandi McGee and Family. and Barb McGww sent flowers to the family of Dennis Morgan McGee.
Show you care by sending flowers

Posted Oct 23, 2019 at 08:56pm
I am so sorry for the loss of your loved one. I will keep each of you in my thoughts and prayers. God Bless Our Veterans.
Comment Share
Share via:
FF

Frank and Sandi McGee and Family.

Frank and Sandi McGee and Family. purchased flowers for the family of Dennis McGee. Send Flowers 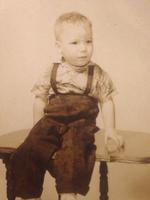 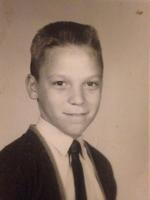 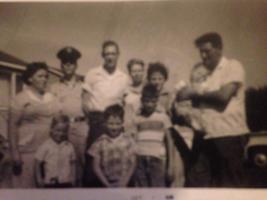