To share your memory on the wall of Edna Palka, sign in using one of the following options:

She was a native of Metcalf County, Kentucky, the daughter of the late Harry Hudson and Ollie Maurine Butler London and retired from Te... Read More
Edna Kathalene "Kathy" Palka, age 84, of Lewisburg, died Sunday, December 8th, 2019 at her residence.

She was a native of Metcalf County, Kentucky, the daughter of the late Harry Hudson and Ollie Maurine Butler London and retired from Teledyne. She was a member of East Commerce Baptist, attended St. John's Catholic Church, and played piano for Mt. Lebanon Baptist Church.

In addition to her parents, she was preceded in death by her husband, John Palka, daughter Vanessa Gold, and granddaughter, Vanessa Jo Simmons.

She is survived by two daughters, Tammy Harwell of Lewisburg and Rachel (Rob) Mehlenbacher, sons Chesney (Sonya) Gold of Lewisburg and Will (Kristen) Gold of Lewisburg, brothers, Joe (Donna) London of Leitchfield KY and David (Georgia) London of Portland, TN and a sister, Ruth Ann Barnett of Florida. Nine grandchildren and six great grandchildren also survive. Her most proudest accomplishments was providing childcare for 30 plus children during her lifetime.

Memorial services will be conducted on Sunday, December 15th, 2019 at 6:00 pm from the Chapel of London Funeral Home 324 West Church Street Lewisburg, Tennessee 37091.

Visitation with the family will begin on Sunday, December 15th, 2019 from 2:00 pm until the funeral hour.

In lieu of flowers, donations may be made to the American Heart Association.

To send flowers to the family or plant a tree in memory of Edna Kathalene Palka (London), please visit our Heartfelt Sympathies Store.

We encourage you to share your most beloved memories of Edna here, so that the family and other loved ones can always see it. You can upload cherished photographs, or share your favorite stories, and can even comment on those shared by others.

Posted Dec 14, 2019 at 10:52pm
We are so very sorry for your loss, we have many treasured memories with Ms. Kathy. We are keeping you all in our thoughts and prayers 🙏🏼🙏🏼🙏🏼
The Gentry's
Green Graze Farms
Comment Share
Share via:
HS

Flowers were purchased for the family of Edna Palka. Send Flowers

Posted Dec 11, 2019 at 09:47am
Our thoughts and prayers are with you. Your friends and colleagues at Shriners Hospitals for Children.

Flowers were purchased for the family of Edna Palka. Send Flowers 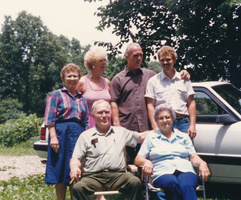 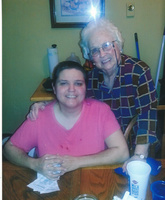 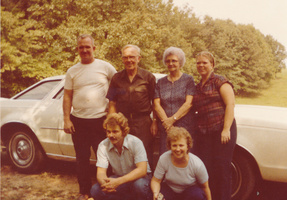 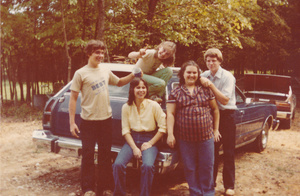