To share your memory on the wall of Harold Smith, sign in using one of the following options:

He was a native of Maury County, the son of the late Claude Sr. and Ruth King Smith. He retired from ICP and was a member of the Church St. Chur... Read More
Mr. Harold Smith, age 85, of Lewisburg, died Thursday, January 30th, 2020 at NHC Lewisburg.

He was a native of Maury County, the son of the late Claude Sr. and Ruth King Smith. He retired from ICP and was a member of the Church St. Church of Christ. He served his country in the Army.

Funeral services will be conducted on Sunday, February 2nd, 2020 at 2:00 pm from the Chapel of London Funeral Home 324 West Church Street Lewisburg, Tennessee 37091 with burial to follow in Lone Oak Cemetery.

Visitation with the family will begin on Saturday, February 1st, 2020 from 4:00 pm until 8:00 pm and will continue on Sunday until the funeral hour.

In lieu of flowers, donations may be made to the Tennessee Children's Home or St. Jude's Children's Hospital.

To send flowers to the family or plant a tree in memory of Harold Smith, please visit our Heartfelt Sympathies Store.

Receive notifications about information and event scheduling for Harold

We encourage you to share your most beloved memories of Harold here, so that the family and other loved ones can always see it. You can upload cherished photographs, or share your favorite stories, and can even comment on those shared by others.

Posted Feb 02, 2020 at 07:19pm
Larry, Barbara and family, So sorry to hear of the loss of Harold. I know John and all the other rook buddies will miss him so much. He was such a nice man and friend. Our thoughts and prayers are with you all during this sad time.
John and Revenus Barnes
Comment Share
Share via:

Posted Feb 01, 2020 at 12:20am
Dear Lynda , Sending my Deepest Sympathy and love to you and all the family . I have lost 2 brothers and I know how much I loved them and miss them to this day . Please know I am thinking of you and love you and with I could see you again after all these years .......
Comment Share
Share via: 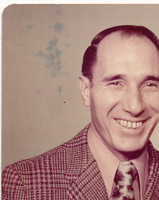 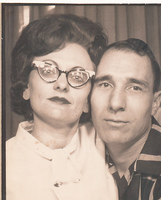 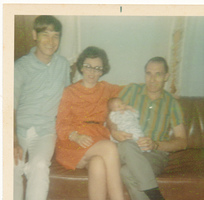