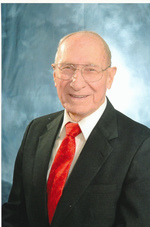 He was a native of Maury County, the son of the late Claude Sr. and Ruth King Smith. He retired from ICP and was a member of the Church St. Church of Christ. He served his country in the Army.

Funeral services will be conducted on Sunday, February 2nd, 2020 at 2:00 pm from the Chapel of London Funeral Home 324 West Church Street Lewisburg, Tennessee 37091 with burial to follow in Lone Oak Cemetery.

Visitation with the family will begin on Saturday, February 1st, 2020 from 4:00 pm until 8:00 pm and will continue on Sunday until the funeral hour.

In lieu of flowers, donations may be made to the Tennessee Children's Home or St. Jude's Children's Hospital.