To share your memory on the wall of Hazel White, sign in using one of the following options:

She was a native of Marshall County, the daughter of the late Grover and Minnie Stewart Stinnett. She was a Co-owner of Reliance Machine W... Read More
Hazel Katherine White, age 90, of Lewisburg, died Wednesday, October 30th, 2019 at NHC Lewisburg.

She was a native of Marshall County, the daughter of the late Grover and Minnie Stewart Stinnett. She was a Co-owner of Reliance Machine Works and Central Machine Supply and was a member of the Lewisburg First United Methodist Church.

Funeral services will be conducted on Saturday, November 2nd, 2019 at 11:00 am from the Lewisburg First United Methodist Church 325 W. Church St. Lewisburg, TN 37091 with burial to follow in Lone Oak Cemetery.

Visitation with the family will begin on Friday evening from 4:00 pm until 8:00 pm at the funeral home and will continue on Saturday morning from 9:00 am until the funeral hour at the church.

In lieu of flowers, donations may be made to Gideon's International, Hopetown, Caris Hospice or your favorite charity.

To send flowers to the family or plant a tree in memory of Hazel Katherine White (Stinnett), please visit our Heartfelt Sympathies Store.

Receive notifications about information and event scheduling for Hazel

We encourage you to share your most beloved memories of Hazel here, so that the family and other loved ones can always see it. You can upload cherished photographs, or share your favorite stories, and can even comment on those shared by others.

Posted Nov 01, 2019 at 09:10pm
Our mothers grew up together and I enjoyed seeing your mother on our trips ‘down home’ to visit family . I love all the childhood photos of them . My mother was Hazel’Christine’ Wilson . Your mother was a sweet and beautiful woman , and I’m so sorry for your loss !!
With heartfelt sympathy Pamela Redford
Comment Share
Share via:
AH

Posted Nov 01, 2019 at 09:24am
To the White Family: I remember the White Family from my days at Heil-Quaker buying product from Reliance Machine Works. I got to know Mr. Henry and Ms. Hazel. They were fine, Christian people. Ken , Danny and family, may your memories or your parents last a lifetime and may God continue to bless you.
Comment Share
Share via:
HS

Flowers were purchased for the family of Hazel White. Send Flowers 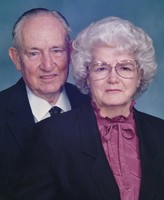