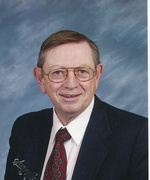 He was a native of Marshall County, the son of the late John Horton and Josephine Adams Horton. He was a Computer systems analyst for the Atomic Energy Commission and was a minister of the Church of Christ. He was a graduate of Forrest High School, and then attended MTSU and the University of Tennessee. He served as an elder of the church, served in the National Guard, and was active in PTO, band, 4H, and real estate. He enjoyed raising horses and Charolais cattle.

Graveside services will be conducted on Monday, April 12th, 2021 at 3:00 pm at the Horton Family Cemetery with burial to follow.

A private family visitation will begin on Monday from 1:00pm until 2:30pm.