To share your memory on the wall of Iva Tate, sign in using one of the following options:

She was a native of Giles County, the daughter of the late James Jasper and Willie Mae Woodward Wilburn. She retired from Er... Read More
Iva Nell Tate, age 84, of Murfreesboro, formerly of Lewisburg, died Friday, November 8th, 2019 at her residence.

She was a native of Giles County, the daughter of the late James Jasper and Willie Mae Woodward Wilburn. She retired from Eraser Products and was a member of the Baptist church.

She is survived by Sherry (Ken) Shrum of Murfreesboro and three grandchildren, Derek Tate, Daniel Shrum, and Samuel Shrum.

Funeral services will be conducted on Wednesday, November 13th, 2019 at 1:00 pm from the Chapel of London Funeral Home with burial to follow in Lone Oak Cemetery.

Visitation with the family will begin on Tuesday from 4:00 pm until 8:00 pm and will continue on Wednesday, until the funeral hour.

To send flowers to the family or plant a tree in memory of Iva Nell Tate (Wilburn), please visit our Heartfelt Sympathies Store.

Receive notifications about information and event scheduling for Iva

We encourage you to share your most beloved memories of Iva here, so that the family and other loved ones can always see it. You can upload cherished photographs, or share your favorite stories, and can even comment on those shared by others.

Flowers were purchased for the family of Iva Tate. Send Flowers

Posted Nov 12, 2019 at 03:39pm
Such a sweet and kind lady. I worked with Mrs. Tate at Eraser Products she was always done her job and you never knew if
she was or not. I am so sorry for your loss.
Comment Share
Share via:
HS

Flowers were purchased for the family of Iva Tate. Send Flowers

Posted Nov 12, 2019 at 09:10am
I love the pictures here of Aunt Nell. She was always so kind and showed it generously to my grandmother (Mary Esther) and my mother (Debbie.). She is loved and will be missed. Truly a wonderful and godly woman. Thank you so much for sharing these memories with us.
Comment Share
Share via:
LW

Posted Nov 11, 2019 at 03:51pm
Wishing you peace to bring comfort, courage to face the days ahead and loving memories to forever hold in your hearts. 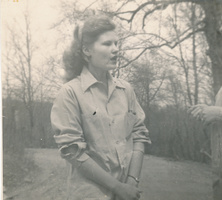 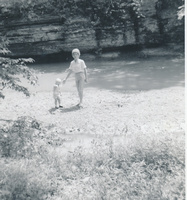