To share your memory on the wall of James Wall, sign in using one of the following options:

He was a native of Marshall County being born in Cornersville to the late James Lyndell and Ruby Clay House Wall.... Read More
James Ray Wall, age 82, of Lewisburg, died Friday, May 29th, 2020 at the Alvin York Veteran's Hospital in Murfreesboro, TN.

He was a native of Marshall County being born in Cornersville to the late James Lyndell and Ruby Clay House Wall. He was a self-employed entepreneur and a member of the Church of Christ.

In addition to his parents, he was preceded in death by his wife of forty-seven years, Edna Lamb Wall, and a daughter, Brenda Jo Herbert.

Visitation with the family will begin on Monday, June 8th, 2020 from 1:00 pm until 3:00 pm. A memorial service will be officated by David Ray Wall beginning at 3:00 pm in the chapel of London Funeral Home and Crematory. A private family burial will follow in the New Hope Cemetery in the Ostella community.

To send flowers to the family or plant a tree in memory of James Ray Wall, please visit our Heartfelt Sympathies Store.

Receive notifications about information and event scheduling for James

We encourage you to share your most beloved memories of James here, so that the family and other loved ones can always see it. You can upload cherished photographs, or share your favorite stories, and can even comment on those shared by others. 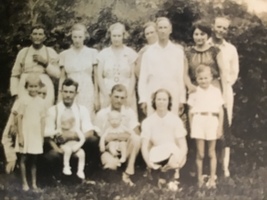 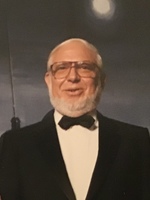