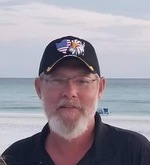 He was a native of Franklin Counth, the son of Mr. James Short of Wartrace, and Mrs. Linda Kaye Hill Baker of Decherd. He was formerly employed as a Press Operator for Lewisburg Printing and was a member of the Hardin Chapel Church of Christ.

He was preceded in death by his father, Albert G. Baker.
In addition to his parents, he is survived by his wife, Rene Wall Short, son, Jeffery Len Short Jr. of Lewisburg, daughter, Courtney Megan (Jason) Hobbs, of Lynnville, two grandchildren, Lakelynn and Paxton Hobbs, brother, Bryan Scott (Sandra) Short of Winchester, and numerous nieces and nephews.

Funeral services will be conducted on Saturday, November 23rd, 2019 at 12:00 noon from the Chapel of London Funeral Home 324 West Church Street Lewisburg, Tennessee 37091 with burial to follow in Short Cemetery.

Visitation with the family will begin on Saturday from 9:00 am and will continue until the funeral hour.

In lieu of flowers, donations may be made to St. Jude Children's Hospital.