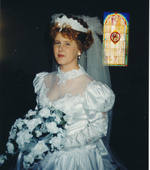 She was a native of Huntsville, Alabama, the daughter of Mr. Grady Holder Sr. and the late Jean Grissom Howard. She was formerly employed at Faber-Castell.

Graveside Service will be conducted on Friday, April 16th, 2021 at 3:00 pm at Friendship Cemetery with burial to follow.