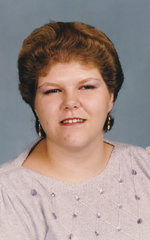 She was a native of Detroit, MI, the daughter of the late Tenson and Ima Inez Butler Stelman. She was a previous McDonald's Manager and employed by ICP.

In addition to her parents, she was preceded in death by her brothers, John Stelman and Bobby Stelman.

Visitation with the family will begin on Tuesday, September 29th, 2020 from 4:00 pm until 7:00 pm in the chapel of London Funeral Home, 324 West church Street, Lewisburg, TN. No service is planned at this time.

London Funeral Home and Crematory is assisting the family with their arrangements.