To share your memory on the wall of Martha Garrett, sign in using one of the following options:

She was a native of Marshall County, the daughter of the late Cecil Edward Gilliam and Mrs. Audrey Ruth Jett Gilliam. She was a bea... Read More
Martha Ruth Garrett, age 64, of Cornersville, died Monday, March 2nd, 2020 at Vanderbilt Medical Center.

She was a native of Marshall County, the daughter of the late Cecil Edward Gilliam and Mrs. Audrey Ruth Jett Gilliam. She was a beautician and a member of the Yell Church of Christ.

In addition to her father, she was preceded in death by an infant sister, Kathy Lynn Gilliam.

Funeral services will be conducted on Saturday, March 7th, 2020 at 3:00 pm from the Chapel of London Funeral Home 324 West Church Street Lewisburg, Tennessee 37091 with cremation to follow.

In lieu of flowers, donations may be made to the American Kidney Foundation or the Yell Church of Christ.

To send flowers to the family or plant a tree in memory of Martha Ruth Garrett (Gilliam), please visit our Heartfelt Sympathies Store.

Receive notifications about information and event scheduling for Martha

We encourage you to share your most beloved memories of Martha here, so that the family and other loved ones can always see it. You can upload cherished photographs, or share your favorite stories, and can even comment on those shared by others.

Posted Mar 04, 2020 at 07:38pm
My sympathy to the family. I have known Martha Ruth a very long time. She was a sweet person. My thoughts and prayers are with the family. I am so sorry for your loss.
Comment Share
Share via:
AH

Posted Mar 04, 2020 at 09:01am
Thoughts and prayers for Martha's family during this difficult time. She was a sweet lady and was loved by all. I know she will be missed. God bless all of you.

Posted Mar 04, 2020 at 12:17am
I am so sorry to hear of Martha passing. My thoughts and prayers are with all the family.
Comment Share
Share via:
E

Martha was always a nice person! I know she’ll be missed by many! My condolences to Eddie and the rest of the family! 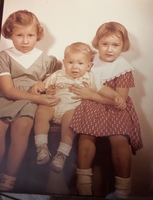 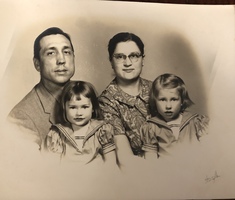 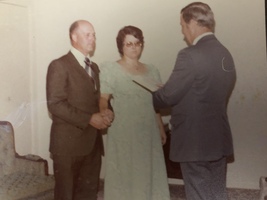