To share your memory on the wall of Maxine Petty, sign in using one of the following options:

She was a native of Westmoreland, Tennessee and moved to Lewisburg, in 1934 and has called Village Manor home for the last 7 y... Read More
Maxine Bentle Petty, age 95, of Lewisburg, died Saturday morning, August 3rd, 2019 at Marshall Medical Center.

She was a native of Westmoreland, Tennessee and moved to Lewisburg, in 1934 and has called Village Manor home for the last 7 years. She was the daughter of the late R.W. and Annie McDole Bentle. She was a Marshall County School Teacher for 42 years and was a member of the First Baptist Church of Lewisburg.

Funeral services will be conducted on Monday, August 5th, 2019 at 2:00 pm from Chapel of London Funeral Home 324 West Church Street Lewisburg, Tennessee 37091 with burial to follow in Lone Oak Cemetery.

Visitation with the family will begin on Monday, August 5th, 2019 from 12:00 noon until the funeral hour.

In lieu of flowers, donations may be made to Marshall County Retired Teachers and First Baptist Church Building Fund.

To send flowers to the family or plant a tree in memory of Maxine Petty (Bentle), please visit our Heartfelt Sympathies Store.

We encourage you to share your most beloved memories of Maxine here, so that the family and other loved ones can always see it. You can upload cherished photographs, or share your favorite stories, and can even comment on those shared by others.

Banbury sent flowers to the family of Maxine Petty (Bentle).
Show you care by sending flowers

Posted Aug 10, 2019 at 01:26am
.my deepest sympathy to the family of Roy and Maxine Petty. Roy was such a nice person to do business with at Moss and Barham he and Mr. Barham. Roy was a mess always funny.i still have a piece of Samsonite luggage that I bought from him in 76. all of you will be in my thoughts and prayers. with Christian Love Barbara Sandridge Winchester, Tn
Comment Share
Share via:
TC

Posted Aug 05, 2019 at 02:55pm
Janet and family, Maxine and Roy were wonderful neighbors and always supported our children in all their activities! We loved our visits with them. They are missed. Please know you are all in our hearts and prayers as you go through this difficult time.
Comment Share
Share via:
JG

Posted Aug 05, 2019 at 02:23pm
I remember your mother well standing in front of her classroom door in the halls of Hardison school. Sorry for your loss Janet.
Comment Share
Share via:
KF

Posted Aug 05, 2019 at 12:11pm
Janet, I'm so sorry about your mom. She was a sweet lady. I'll be thinking about you and Eddie and your family.
Comment Share
Share via: 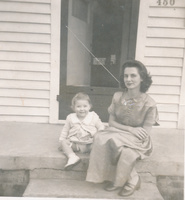 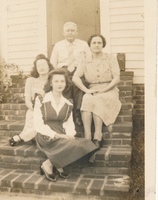