To share your memory on the wall of Michael Wilson, sign in using one of the following options:

He was a native of Giles County, the son of the late Charles Wilson and the late Stella Steadman. He was a car dealer with Sharp Motor Company and o... Read More
Michael D. Wilson, age 72, of Lewisburg, died Monday, July 27th, 2020 at his residence.

He was a native of Giles County, the son of the late Charles Wilson and the late Stella Steadman. He was a car dealer with Sharp Motor Company and of the Baptist Faith.

In addition to his parents, he was preceded in death by a son, John Pat Wilson, and brothers, Charles Eugene, Ronald (Sandy), Toby and Gary Wilson.

No services are planned at this time. Notes of sympathy and fond memories may be sent to the family at www.londonfuneralhomes.com.

In lieu of flowers, donations may be made to Lewisburg Elks Club in memory of Mike Wilson.

To send flowers to the family or plant a tree in memory of Michael D. Wilson, please visit our Heartfelt Sympathies Store.

Receive notifications about information and event scheduling for Michael

There are no events scheduled. You can still show your support by sending flowers directly to the family, or planting a memorial tree in memory of Michael D. Wilson.
Visit the Heartfelt Sympathies Store

We encourage you to share your most beloved memories of Michael here, so that the family and other loved ones can always see it. You can upload cherished photographs, or share your favorite stories, and can even comment on those shared by others. 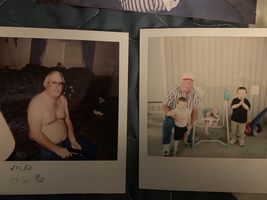 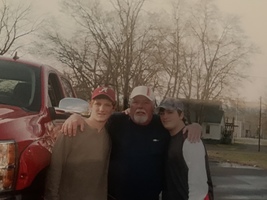 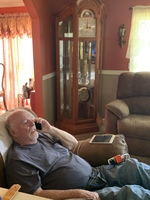