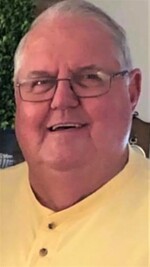 He was a native of Marshall County, the son of the late Raymond and Helen Austin Green. He was the owner of Ray's Lock and Key and was a member of the Presbyterian church. He served many years in law enforcement eventually serving as Lewisburg's Chief of Police. He was the first person from Marshall County to graduate from the FBI academy.

In addition to his parents, he was preceded in death by his faithful canine companion, Buster Green.

Funeral services will be conducted on Monday, January 25th, 2021 at 2:00 pm from the Chapel of London Funeral Home 324 West Church Street Lewisburg, Tennessee 37091 with burial to follow in Bethlehem Cemetery.