To share your memory on the wall of Roger Fagan, sign in using one of the following options:

He was a native of Marshall County, the son of the late Paul Waldrop and Billie Marie Marchand Fagan. He was a retired-Law Enforcement... Read More
Roger Paul Fagan, age 76, of Lewisburg, died Tuesday, August 4th, 2020 at his residence in Lewisburg.

In addition to his parents, he was preceded in death by his son, Bart Fagan, and a sister, Janice Fagan Willis.

To send flowers to the family or plant a tree in memory of Roger Paul Fagan, please visit our Heartfelt Sympathies Store.

Receive notifications about information and event scheduling for Roger

We encourage you to share your most beloved memories of Roger here, so that the family and other loved ones can always see it. You can upload cherished photographs, or share your favorite stories, and can even comment on those shared by others.

Posted Aug 09, 2020 at 06:25pm
Prayers for Helen and family. My family has lots of fond memories of your family.. love and hugs
Comment Share
Share via:
DF

Posted Aug 09, 2020 at 02:18pm
Roger was a wonderful Husband and family man, and a friend to everyone, he loved helping people and serving his community and state. He was so kind, never met a stranger and loved to laugh and have fun. I remember riding his and Helens horses on their farm when I was young and how nice they were to us kids, he was a special man. Our prayers are with the family, Rest In Peace Uncle Roger, We love you.
Comment Share
Share via:
JB

Posted Aug 08, 2020 at 02:02pm
Our thoughts are with Roger's Family during this difficult time. Our prayers are for peace and comfort in the days ahead. Betty Gatlin Bryan and Jim.
Comment Share
Share via:
LS

Posted Aug 07, 2020 at 11:42am
Helen and all the family, my thoughts and prayers for God's comfort and loving arms to be wrapped around each of you. Roger was such a wonderful man who will be missed greatly.
Comment Share
Share via: 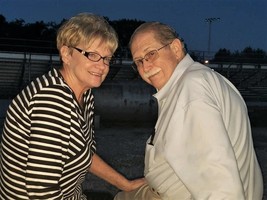 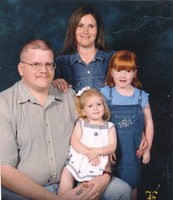 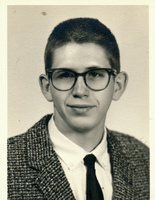