To share your memory on the wall of Troy Fagan, sign in using one of the following options:

He was a native of Davidson County, the son of the late William Fagan and Mrs. Dorothy Rowe Carter. He was formerly ... Read More
Troy Dewayne Fagan, age 47, of Petersburg, died Tuesday, August 6th, 2019 at University of Alabama Birmingham Hospital.

He was a native of Davidson County, the son of the late William Fagan and Mrs. Dorothy Rowe Carter. He was formerly employed by the Petersburg Water Department and was a member of the Petersburg Baptist Church.

Funeral services will be conducted on Monday, August 12th, 2019 at 11:00 am from the Chapel of London Funeral Home 324 West Church Street Lewisburg, Tennessee 37091 with burial to follow in Philadelphia Cemetery.

To send flowers to the family or plant a tree in memory of Troy Dewayne Fagan, please visit our Heartfelt Sympathies Store.

We encourage you to share your most beloved memories of Troy here, so that the family and other loved ones can always see it. You can upload cherished photographs, or share your favorite stories, and can even comment on those shared by others.

Posted Aug 12, 2019 at 01:38pm
rIP Troy. He will be missed by many. I will never forget the night we were all at his aunts house and i was in a really bad mood and Troy and phillip were acting crazy and they made a video of it. Prayers for the family
Comment Share
Share via: Posted Aug 09, 2019 at 03:45pm
TROY WILL BE MISSED BY ALL THOSE THAT KNEW HIM.. I WILL ESPECIALLY MISS HIS LAUGHTER AND MISCHIEVOUS PRANKS. AUNT MARIE, YOU AND THE REST OF FAMILY ARE IN MY HEART AND PRAYERS. LOVE ALWAYS MISSY DOLAN ( NADINE RAGSDALE)
Comment Share
Share via:

Posted Aug 08, 2019 at 04:46pm
I was so sad to hear of the passing of Troy. He was truly a sweet person, hard worker, and devoted husband and father. I was so honored to be able to induct him into the Petersburg LIons Club. He will forever be remembered as a LIon. He will be missed, greatly!
Comment Share
Share via:
BC

Posted Aug 08, 2019 at 12:30am
I am so sadden of the lose of Troy I will miss him a lot apart of my heart gose with my prayers and love to the family
Comment Share
Share via: 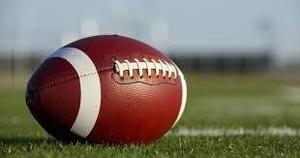 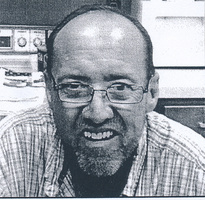