To share your memory on the wall of Warren Nash, sign in using one of the following options:

He was a native of Hickman County, the son of the late Arthur and Clora Blackwell Nash. He was a Instructor for Western Union and was a no... Read More
Warren Harding Nash, age 98, of Lewisburg, died Wednesday, September 18th, 2019 at NHC Lewisburg.

He was a native of Hickman County, the son of the late Arthur and Clora Blackwell Nash. He was a Instructor for Western Union and was a non-denominational Christian. He served his country in the European theatre of WWII in the Army.

Funeral services will be conducted on Saturday, September 21st, 2019 at 11:00 am from the Chapel of London Funeral Home 324 West Church Street Lewisburg, Tennessee 37091 with burial to follow in DeKalb County Memorial Gardens in Smithville at 3:00 pm.

To send flowers to the family or plant a tree in memory of Warren Harding Nash, please visit our Heartfelt Sympathies Store.

We encourage you to share your most beloved memories of Warren here, so that the family and other loved ones can always see it. You can upload cherished photographs, or share your favorite stories, and can even comment on those shared by others.

Charles and Heather Oswald, Donald & Barbara Hibdon & family, and others have sent flowers to the family of Warren Harding Nash.
Show you care by sending flowers

Posted Sep 23, 2019 at 01:57am
So sorry for your loss. Howard has so much ch fun with Warren and Hilda - music and dancing.
Pam and Billy Thomason -Howard Haislip
Comment Share
Share via:
NK

Posted Sep 21, 2019 at 11:51am
Our sympathies to all of you in the loss of Warren. We had great times with Warren and Hilda. We feel your loss.
Nancy and Charles Kincanon
Comment Share
Share via:
CO

Posted Sep 20, 2019 at 03:52pm
Praying for your family during this difficult time. May the memories that you share with each other lift your spirits.

Posted Sep 19, 2019 at 09:04pm
Will always remember the good times we had playing music and just being together. And will always cherish the guitar you made for my Mother, Elsie Mae. We will miss you Uncle Warren.
Donald & Barbara

Posted Sep 19, 2019 at 08:13pm
God Bless Our Veterans. My deepest sympathy to the family. My Dad was in the Army in WWll in the European Theater also.
Comment Share
Share via: 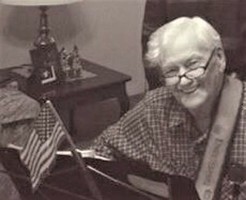 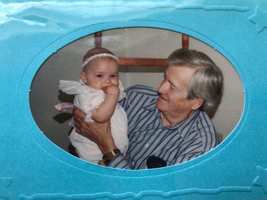 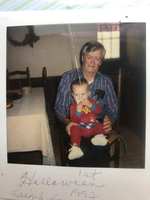