To share your memory on the wall of William M. \"Bill\" Cain, sign in using one of the following options:

Provide comfort for the family by sending flowers or planting a tree in memory of William M. "Bill" Cain

Provide comfort for the family by sending flowers or planting a tree in memory of William M. "Bill" Cain

He was a native of Hillsboro, Texas, the son of the late Garnet and Grace McClure Cain. He was self-employed in the vending business and was a ... Read More
William M. Cain, age 94, of Lewisburg, died Wednesday, December 18th, 2019 at NHC Lewisburg.

He was a native of Hillsboro, Texas, the son of the late Garnet and Grace McClure Cain. He was self-employed in the vending business and was a member of the First Baptist Church of Carthage, Texas.

In lieu of flowers, donations may be made to East Commerce Baptist Church Youth Mission Ministry or Wildlife Ministry.

To send flowers to the family or plant a tree in memory of William M. "Bill" Cain, please visit our Heartfelt Sympathies Store.

We encourage you to share your most beloved memories of William M. "Bill" Cain here, so that the family and other loved ones can always see it. You can upload cherished photographs, or share your favorite stories, and can even comment on those shared by others.

Posted Dec 19, 2019 at 05:22pm
I am so sorry for the loss of your father in law Vicky. I have to work and won't be able to come. Know that your entire family is in my thoughts and prayers. May God bless you all .
Comment Share
Share via: 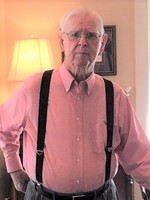 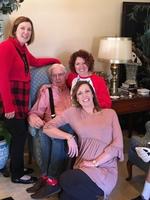 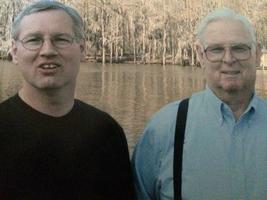