To share your memory on the wall of William Smith, sign in using one of the following options:

He was a native of Athens, Alabama, the son of the late William Allen Smith and Ila Dean Nelson Collins. He was an over-the-roa... Read More
William Stanley Smith, age 69, of Lynnville, died Thursday, September 17th, 2020 at Maury Regional Hospital.

He was a native of Athens, Alabama, the son of the late William Allen Smith and Ila Dean Nelson Collins. He was an over-the-road truck driver for 47 years and was a member of the Lynnville Church of Christ. He served his country in the Navy during the Vietnam War.

Graveside services will be conducted on Sunday, September 20th, 2020 at 2:00 pm at Lynnwood Cemetery with burial to follow.

In lieu of flowers, donations may be made to Lynnwood Cemetery or Lynnville Church of Christ.

London Funeral Home and Crematory is assisting the family with the arrangements.
Read Less

To send flowers to the family or plant a tree in memory of William Stanley Smith, please visit our Heartfelt Sympathies Store.

Receive notifications about information and event scheduling for William

Posted Sep 18, 2020 at 03:47pm
Stan gave me my first ride in an 18 wheeler ..it was a cab over have never forgotten it..He also used to bug me about cutting my hair .offering me twenty dollars until I took him up on it..He was a great guy.Rest in peace Stan the Man.. Jerry Smith. 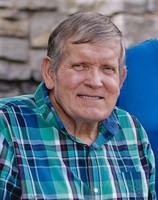