To share your memory on the wall of Bill Wallace, sign in using one of the following options:

He was a native of Columbus, Kansas, the son of the late Glenn Raymond and Mary Williams Wallace. He retired from the State of Tennes... Read More
William Paul "Bill" Wallace Sr., age 91, of Lewisburg, died Sunday, January 26th, 2020 at NHC Oakwood.

He was a native of Columbus, Kansas, the son of the late Glenn Raymond and Mary Williams Wallace. He retired from the State of Tennessee/Marshall County Department of Health, and was a member of the First United Methodist Church. He was a Melvin Jones Award recipient while a member of the Lions Club, and served his country in the Air Force during the Korean War.

In addition to his parents, he was preceded in death by parents, one sister, Elizabeth Wallace Lewis of Clarksville, and one daughter in law, Julie Campbell Wallace.
He is survived by wife, Aleta Jane Fraser Wallace, one daughter, Melanie Wallace Jay of Nashville, one son, William Paul (Kami) Wallace Jr. of Lewisburg, one brother, Charles Raymond (Jean) Wallace of Macon, Georgia, and three grandchildren, Will Wallace, Andy Wallace, Lou Jay Derrick, one great grandchild, Weston Derrick of Chattanooga, and three nieces, Nancy Ladd, Mary Lou Witherspoon, and Beth Wallace.

Visitation with the family will begin on Wednesday, January 29th, 2020 from 4:00 pm until 8:00 pm at London Funeral Home and will continue on Thursday until just before the funeral hour.

In lieu of flowers, donations may be made to the Lions Club Sight Conservation Program, c/o Lewisburg Lions Club, P.O. Box 1931, Lewisburg, Tennessee 37091

To send flowers to the family or plant a tree in memory of Bill Wallace, please visit our Heartfelt Sympathies Store.

Receive notifications about information and event scheduling for Bill Wallace

We encourage you to share your most beloved memories of Bill Wallace here, so that the family and other loved ones can always see it. You can upload cherished photographs, or share your favorite stories, and can even comment on those shared by others.

Posted Jan 29, 2020 at 06:20pm
My prayers and thoughts are going out tonight to MrBills, family. May God, comfort each of you and help you through this difficult time.
Comment Share
Share via:
GR

Posted Jan 29, 2020 at 08:18am
Bill will be remembered by all who knew him for his incredible wit, music talent, and love for his fellowman. He is safe now in the arms of our Lord, most likely telling a few jokes, and singing with the angels! God bless you, Jane, Melanie, Paul, and the rest of his family. My prayers are with you for the days ahead of adjusting without him. Sending my love, Geraldine
Comment Share
Share via:
LR

Posted Jan 28, 2020 at 09:35am
My sympathy to Bill's family. He was one of the friendliest people I ever met and always had kind words. I know he will be missed, and I pray that you will keep those good memories close during this difficult time.
Comment Share
Share via:

Posted Jan 28, 2020 at 03:52am
My thoughts are with you Jane and the rest of the Wallace and Fraser families. I'm sure you memories of better times will be of great comfort to you in your time of grief. Your cuz, Gary Walters
Comment Share
Share via:
AH 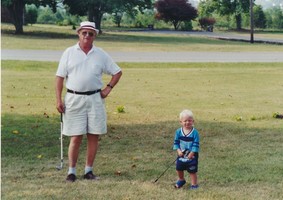 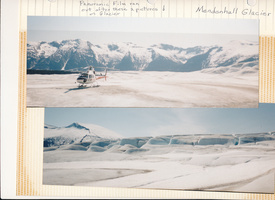 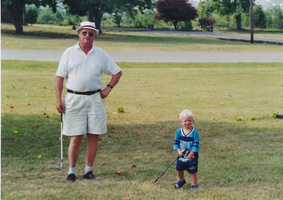