To share your memory on the wall of Clinton Beatty, sign in using one of the following options:

He was a native of Marshall County, the son of the late Clinton Maxwell and Mrs.Geraldine Mansell Beatty Reese. He was the owne... Read More
Clinton Patrick "Pat" Beatty, age 63, of Belfast, died Friday, August 28th, 2020 at Maury Regional Hospital.

He was a native of Marshall County, the son of the late Clinton Maxwell and Mrs.Geraldine Mansell Beatty Reese. He was the owner of the The Video Store and was a member of the First Presbyterian Church of Lewisburg.

In addition to his mother, he is survived by his wife of 43 years, Brenda Porter Beatty, one son, Josh (Beth) Beatty, one daughter, Jamie Beatty (Nick) Cheek, all of Belfast, one brother, Colin Beatty of Cornersville, one sister, Doreen Beatty Mansell of Petersburg, three grandchildren, Carson, Cara, and Cannon Cheek, and his beloved dog, Ace.

Funeral services will be conducted on Wednesday, September 2nd, 2020 at 10:00 am from the chapel of London Funeral Home with burial to follow in Head Springs Cemetery.

Visitation with the family will begin on Tuesday evening from 4:00 until 8:00 pm and will continue on Wednesday, September 2nd, 2020 until the funeral hour.

London Funeral Home and Crematory is assisting the family with the arrangements.
Read Less

To send flowers to the family or plant a tree in memory of Clinton Patrick "Pat" Beatty, please visit our Heartfelt Sympathies Store.

Receive notifications about information and event scheduling for Clinton

We encourage you to share your most beloved memories of Clinton here, so that the family and other loved ones can always see it. You can upload cherished photographs, or share your favorite stories, and can even comment on those shared by others.

Posted Sep 01, 2020 at 08:14pm
Brenda and Family,
So sorry to hear about Pat. The last time I talked to Pat was about 2 years ago at the video store. Pat was a good person and will be missed by all Family and Friends. Thoughts and prayers for you and your Family.
Comment Share
Share via:
HC

Posted Sep 01, 2020 at 02:19am
Our thoughts and prayers are with you Brenda and the family. Pat was a great person and will be miss by so many.
He is in Heaven now looking down smiling on us. Rest in peace Pat.
Comment Share
Share via:
KW

Posted Aug 31, 2020 at 09:13pm
Brenda, So sorry to hear about Pat. It has been so long since we have crossed paths. I actually just had your wedding picture out last week and my daughter laughed at my dress. Of course, we thought it was lovely at the time. I have so many fond memories of you and me and our bus rides. Lots of secrets. Hope you know you have a special place in my heart. Love and prayers for you and your family. Kathy Holley Whitworth
Comment Share
Share via:
TC

Posted Aug 31, 2020 at 11:09am
To all the family, my sincere prayers for God's comfort during this most difficult time. It is never easy losing a love one, but take comfort that we will all be together again.
MCHS Class of 1975
Comment Share
Share via: 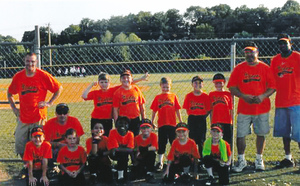 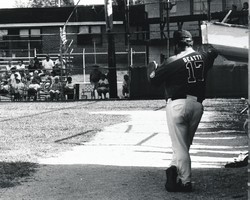 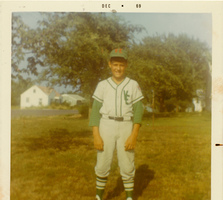