To share your memory on the wall of Holst Begley, sign in using one of the following options:

He was a native of Jeff, Kentucky, the son of the late Alonzo Begley and Eva Cook. He was an auto worker and a member of the Hickory Heights... Read More
Holst William Begley, age 85, of Lewisburg, died Tuesday, February 18th, 2020 at his residence.

He was a native of Jeff, Kentucky, the son of the late Alonzo Begley and Eva Cook. He was an auto worker and a member of the Hickory Heights Church of Christ. Mr. Begley served his country in the US Air Force.

In addition to his parents, he was preceded in death by a sister, Virginia King, and four brothers, June Begley, Joe Begley, Carlos Begley, and Clell Begley.

Funeral Service will be conducted on Saturday, February 22nd, 2020 at 2:00 pm from Chapel of London Funeral Home, 324 West Church Street, Lewisburg, Tennessee 37091 with burial to follow in Lone Oak Cemetery.

To send flowers to the family or plant a tree in memory of Holst William Begley, please visit our Heartfelt Sympathies Store.

Receive notifications about information and event scheduling for Holst

We encourage you to share your most beloved memories of Holst here, so that the family and other loved ones can always see it. You can upload cherished photographs, or share your favorite stories, and can even comment on those shared by others.

Your Brentwood Petsmart Family sent flowers to the family of Holst William Begley.
Show you care by sending flowers

Posted Feb 21, 2020 at 08:18am
Our prayers are with you and your family during this emotional loss

Your Brentwood Petsmart Family purchased flowers and planted a memorial tree for the family of Holst Begley. Send Flowers

Posted Feb 20, 2020 at 03:38pm
Love to all the family. This man was my adopted UK Dad! We shared the love of a UK Cats game. We shared pictures of our different collections of the Wildcats! I'm so sad of his passing but know he will be happy with Jesus. All tho we are heartbroken, he is content in the arms of Jesus! Love my UK Dad! Prayers for the family & friends! 💔💔💔
All my love, his UK Daughter💞💞💞
Comment Share
Share via:
LV

Posted Feb 19, 2020 at 04:08pm
Tammy I am sorry for your loss. I know how close u were to your Dad. My heart goes out to you. When I worked at Eastside Tobacco I saw the closeness.
Comment Share
Share via: 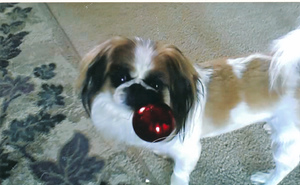