To share your memory on the wall of Janis Endsley, sign in using one of the following options:

She was a native of Marshall County, the daughter of the late Virgil and Nora Sims Endsley. She was the Director of Nursing for the State of Te... Read More
Janis Marie Endsley, age 83, of Lewisburg, died Sunday, October 20th, 2019 at Village Manor.

She was a native of Marshall County, the daughter of the late Virgil and Nora Sims Endsley. She was the Director of Nursing for the State of Tennessee and was a member of the Lewisburg First United Methodist Church. she graduated from St. Thomas nursing school, and began her nursing career in Lewisburg working for Dr. Rutledge.
She then began working for public health in Bedford County, and then became the supervisor for the Upper Cumberland Regional Health Office in Cookeville. She retired as the Director of Nursing for the State of Tennessee. After retirement, she worked a few years in Ketchikan, Alaska in public health. Her favorite hobbies were gardening, antiques, and traveling the world.

She is survived by a daughter, Kay Black, and husband Charles Black of Lewisburg, and one sister, Brenda Day, of Tuscaloosa, AL.

Memorial services will be conducted on Thursday, October 24th, 2019 at 5:00 pm from the chapel of London Funeral Home.

Visitation with the family will begin on Thursday afternoon from 3:00 pm until the memorial service.

To send flowers to the family or plant a tree in memory of Janis Marie Endsley, please visit our Heartfelt Sympathies Store.

Receive notifications about information and event scheduling for Janis

We encourage you to share your most beloved memories of Janis here, so that the family and other loved ones can always see it. You can upload cherished photographs, or share your favorite stories, and can even comment on those shared by others.

Janis was a truly beautiful lady who always showed grace and compassion to all. She was always a joy to be around and holds a special place in my heart. She will be missed.
Comment Share
Share via:
SC

Posted Oct 22, 2019 at 07:56pm
Janis was my good friend for over 40 years. We worked together in Public Health Nursing in Tennessee on the regional and state levels. She was the first Family Planning Nurse Practitioner in the state of Tennessee. She received her BSN for New York University. For several years she served as the State of Tennessee Public Health Nursing Director before retiring. We also worked together as Nurse Managers in Alaska and shared so many memories. We worked hard and had so much fun traveling and enjoying life. Janis was a gracious lady and was always classy in her dress and in life. She was a true professional and expected her staff to always perform in an excellent manner. Nursing has lost a true pioneer and was a caring, warm person. I will miss her greatly.
Comment Share
Share via: 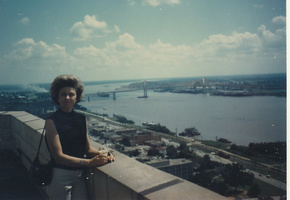 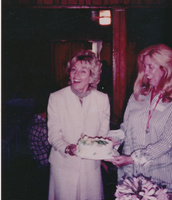