To share your memory on the wall of Jean Howard, sign in using one of the following options:

She was a native of Maury County, the daughter of the late Leonard and Mary McDaniel Grissom. She was formerly e... Read More
Jean Grissom Howard, age 80, of Petersburg, died Friday, August 9th, 2019 at Southern TN Regional Health System in Pulaski.

She was a native of Maury County, the daughter of the late Leonard and Mary McDaniel Grissom. She was formerly employed at Moon Pencil and Walmart. and a member of the Hardin Chapel Church of Christ.

Funeral services will be conducted on Monday, August 12th, 2019 at 2:00 pm from the chapel of London Funeral Home 324 West Church Street Lewisburg, Tennessee 37091 with burial to follow in Friendship Cemetery.

In lieu of flowers, donations may be made to Cornersville High School.

To send flowers to the family or plant a tree in memory of Jean Howard (Grissom), please visit our Heartfelt Sympathies Store.

We encourage you to share your most beloved memories of Jean here, so that the family and other loved ones can always see it. You can upload cherished photographs, or share your favorite stories, and can even comment on those shared by others.

Posted Aug 16, 2019 at 09:04am
Loved Ms. Jean she was so sweet. My lil girl always looked for her when we would go to Walmart. She will definetly be missed. RIP sweet lady
Comment Share
Share via:
HS

Flowers were purchased for the family of Jean Howard. Send Flowers

Posted Aug 11, 2019 at 06:31am
Karen so sorry for your loss your mom was such a sweet lady. Prayers and comfort for you and your family.
Comment Share
Share via:
LG 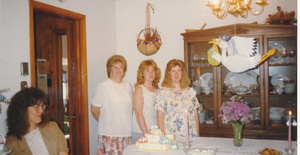 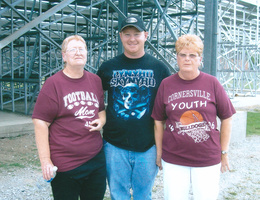