To share your memory on the wall of Wynona Garrett Clark, sign in using one of the following options:

She was a native of Marshall County, the daughter of the late Connie Garrett and Ola Bryant. She was a Secretary for Cathey Fu... Read More
Wynona Garrett Clark, age 91, of Lewisburg, died Wednesday, August 14th, 2019 at Poplar Estates in Columbia.

She was a native of Marshall County, the daughter of the late Connie Garrett and Ola Bryant. She was a Secretary for Cathey Furniture and a member of the Church St. Church of Christ.

Funeral services will be conducted on Saturday, August 17th, 2019 at 1:00 pm from Chapel of London Funeral Home 324 West Church Street Lewisburg, Tennessee 37091 with burial to follow in Lone Oak Cemetery.

Visitation with the family will begin on Saturday, August 17th, 2019 from 10:00 am until the funeral hour.

In lieu of flowers, donations may be made to the Alzheimer's Association.

To send flowers to the family or plant a tree in memory of Wynona Garrett Clark, please visit our Heartfelt Sympathies Store.

We encourage you to share your most beloved memories of Wynona Garrett Clark here, so that the family and other loved ones can always see it. You can upload cherished photographs, or share your favorite stories, and can even comment on those shared by others.

Mike Kimbro and Peggy, Kevin, Cody have sent flowers to the family of Wynona Garrett Clark.
Show you care by sending flowers

Posted Aug 16, 2019 at 10:57am
Wishing you peace to bring comfort, courage to face the days ahead and loving memories to forever hold in your hearts.

Posted Aug 16, 2019 at 10:36am
Wynona was special is so many ways. A successful business woman that was instrumental in the success of Cathey Furniture. My family and I will always be grateful for her loyalty to that business. She was a friend to so many and tireless in her efforts to be there for her friends and family. She impacted so many in her church work at Church Street. Countless children are better adults for her teaching. I learned much from her, both professionally and personally. Two of the most important things that can be said about anyone is that they had a positive influence in the lives of others and their assurance of a Heavenly home. She most certainly achieved both.
Comment Share
Share via:
T

Posted Aug 15, 2019 at 08:03pm
Deborah and family, I thought a lot of your Mom. She was always nice and friendly toward me, always with a pretty smile. I will miss that. May your sweet memories last a lifetime. God bless and tell Nicole and Frank.
Comment Share
Share via: 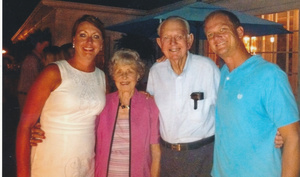 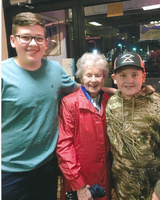