To share your memory on the wall of Sammy Brown, sign in using one of the following options:

He was a native of Marshall County, the son of the late Paul Jones and Nanny Kathleen Perry Brown. He was formerly employed at Walker Die Casti... Read More
Sammy Paul Brown, age 57, of Lewisburg, died Tuesday, February 18th, 2020 at Maury Regional.

He was a native of Marshall County, the son of the late Paul Jones and Nanny Kathleen Perry Brown. He was formerly employed at Walker Die Casting.

In addition to his parents, he was preceded in death by a brother, William Lee Brown.
He is survived by his wife, Angela Gail Adams Brown, one daughter, Marlena Gail Brown Stacey, one son, Larry Paul Brown, step son, Darrell Wayne Adams, brother, Billy Ray Brown, and a sister, Patricia Gayle Brown, all of Lewisburg. Eight grandchildren and several nieces and nephews also survive.

Arrangements are incomplete and will be announced following cremation.

To send flowers to the family or plant a tree in memory of Sammy Paul Brown, please visit our Heartfelt Sympathies Store.

Receive notifications about information and event scheduling for Sammy

There are no events scheduled. You can still show your support by sending flowers directly to the family, or planting a memorial tree in memory of Sammy Paul Brown.
Visit the Heartfelt Sympathies Store

We encourage you to share your most beloved memories of Sammy here, so that the family and other loved ones can always see it. You can upload cherished photographs, or share your favorite stories, and can even comment on those shared by others.

Posted Feb 19, 2020 at 09:00am
So sorry for your loss. I met Sammy when I managed Junior Foods and he always smiling. Sending prayers to all of you.
Comment Share
Share via: 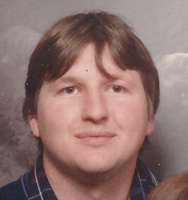