To share your memory on the wall of Samuel Hay, sign in using one of the following options:

He was a native of Marshall County, the son of the late Charles Hay and Mrs. Julene Haney Hay of Unionville. He... Read More
Samuel Richard Hay, age 58, of Madison, Alabama, died Friday, November 23rd, 2019 at Erlanger Medical Center in Chattanooga.

He was a native of Marshall County, the son of the late Charles Hay and Mrs. Julene Haney Hay of Unionville. He was a computer technician for Unisys.

In addition to his father, he was preceded in death by his daughter, Brandy Taylor.

In addition to his mother, he is survived by his wife, Lori Cochran Hay, two sisters, Janice (Alan) Guindon of Lake Alfred, FL., and Sabrina "Bea" (Bubba) Parolini of Belfast, one daughter, Erin (Thomas) Lugo of Valrico FL, and two grandchildren, Addeysen Lugo and Bristal Lugo.

Mr. Hay's body will be cremated and the family will announce services later.

To send flowers to the family or plant a tree in memory of Samuel Richard Hay, please visit our Heartfelt Sympathies Store.

Receive notifications about information and event scheduling for Samuel

There are no events scheduled. You can still show your support by sending flowers directly to the family, or planting a memorial tree in memory of Samuel Richard Hay.
Visit the Heartfelt Sympathies Store

We encourage you to share your most beloved memories of Samuel here, so that the family and other loved ones can always see it. You can upload cherished photographs, or share your favorite stories, and can even comment on those shared by others.

Posted Mar 29, 2020 at 10:09am
Oh my! I have been trying to get ahold of Sammy for past couple of months! Every time I have AL work I stay with him Just got the heartbreaking news! I’m extremely hurt and lost for words to say the least! He was a one of a kind for sure! I idolized this man more than anyone I have ever met in entire life. We had so many more plans and memories to make unfortunately it wasn’t part of GODS plan! Life is so unfair at times! Nothing we do in this world is easy! I am truly crushed! Thankful GOD allowed him in my life as long as he did but it sure hurts😢😢😭😭😭😭! I love you Sammy! This would will be a different place without you! Rest easy brother! I pray we meet on the other side when time come! Just doesn’t seem real. Austin Pope Columbia,TN Met in TN through Dan Holt Hit it off immediately! If family or friends see this I would love an explanation as to what happened to my friend/brother as I had no other #’s to find out! I had to find out by my wife searching online and running across his obituary!😭😭😭😢😢😢 931-981-0750
Comment Share
Share via:
PG

Posted Nov 26, 2019 at 01:18pm
My heart is aching, losing a sibling is so hard. I will always cherish our childhood memories, especially boating & camping on the lakes. Your family will miss you so much, especially at the holidays this year. We Love You & May you RIP. Janice & Allan❤️😢
Comment Share
Share via:
AH 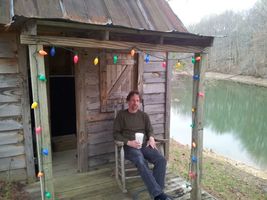 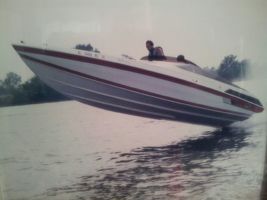 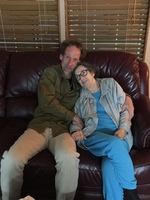 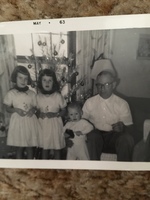