To share your memory on the wall of Timothy Hamilton, sign in using one of the following options:

He was a native of Davidson County, the son of the late Charles Hamilton and Mrs. Jeanne Hamilton Haley. He was a construction worker and m... Read More
Timothy Dean Hamilton, age 57, of Lewisburg, died Tuesday, November 12th, 2019 at Maury Regional.

He was a native of Davidson County, the son of the late Charles Hamilton and Mrs. Jeanne Hamilton Haley. He was a construction worker and member of the Lord's House of Prayer.

In addition to his father he was preceded in death by one son, Bobby Hamilton and one brother, Charles Hamilton.

To send flowers to the family or plant a tree in memory of Timothy Dean Hamilton, please visit our Heartfelt Sympathies Store.

Receive notifications about information and event scheduling for Timothy

We encourage you to share your most beloved memories of Timothy here, so that the family and other loved ones can always see it. You can upload cherished photographs, or share your favorite stories, and can even comment on those shared by others.

Posted Nov 15, 2019 at 12:07pm
Sending our love and condolences to you and the family, from Martha Elizabeth and the Caron Children.

Flowers were purchased for the family of Timothy Hamilton. Send Flowers

Posted Nov 14, 2019 at 08:31pm
Your in our hearts and prayers.
Love,
Billy, Donna, Ryan, & Kelly Hamilton
(Billy is the son of John Edward and Martha Jewel Haley- Hamilton)
Comment Share
Share via:
D

Posted Nov 14, 2019 at 08:30pm
Your in our hearts and prayers.
Love,
Billy, Donna, Ryan, & Kelly Hamilton
(Billy is the son of John Edward and Martha Jewel Haley- Hamilton)
Comment Share
Share via: 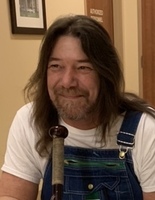 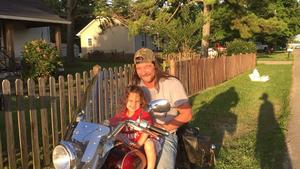